Good morning!  Wow, can you believe it is December?  You know what that means ... Christmas will be here before we know it!  So, I have another Christmas card to share with you today. 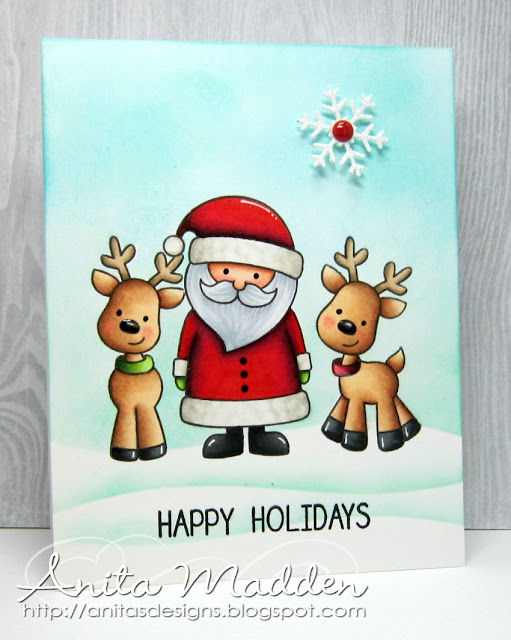 This adorable Santa and his reindeer pals are from Avery Elle's North Pole Pals stamp set.  I bought this set last year and never got around to inking it up so I HAD to make sure I found time to play with it this year!  I stamped the images onto Neenah cardstock and then masked them.  I used Evergreen Bough and Cracked Pistachio distress inks, along with the My Favorite Thing's Drifts & Hills stencil to create the background.  I colored Santa and his reindeer with copics.  I used a black glaze pen on their eyes and on Santa's buttons.  I used my white gel pen to add a few highlights and then added some Glossy Accents to the reindeer noses.  The little snowflake was frosted with some Glamour Dust and then I added an enamel dot to finish it off.

Thank you so much for stopping by.  I hope you have a great weekend planned!

I would like to enter my card in the following challenge:
Simon Says Stamp Wednesday Challenge - Anything Goes

Anita
Hello and thank you for visiting my blog. I created this blog in order to share my projects with others. I get so much inspiration from viewing your blogs and I hope maybe you'll see something on my blog that inspires you. I love painting and stamping and these hobbies help keep me sane. I am married to my best friend and we have one beautiful daughter, one adorably handsome little grandson and a beautiful new granddaughter.

Designer For The Greeting Farm 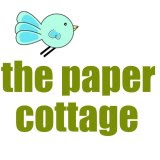